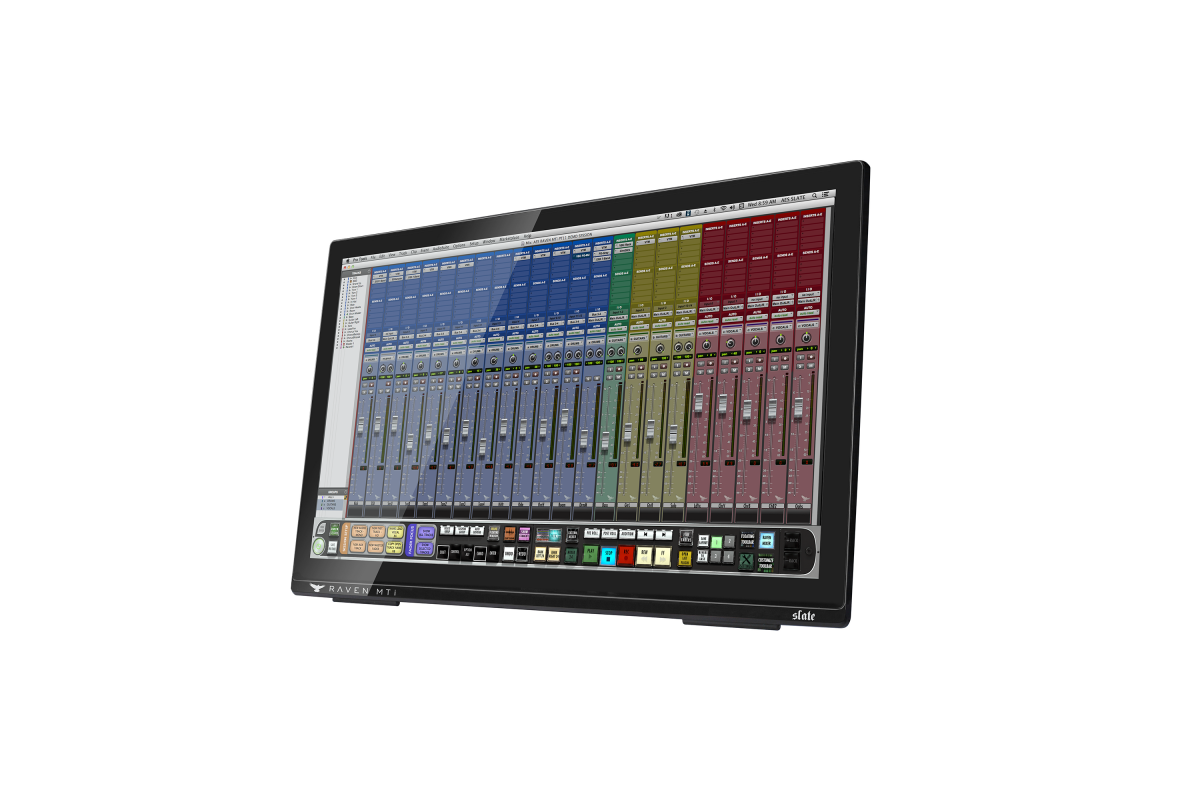 Supported DAWs
Raven Mti2
In the past decade, the technological revolution has transformed audio into a medium that is produced and delivered in the digital domain. Powerful Digital Audio Workstations have transferred the entire recording studio into a virtual environment where all elements of the studio appear conveniently on a computer screen. But what has been lacking with the modern digital studio, is the same powerful workflow as what was accomplished on tactile mixing consoles. So back in 2012, Slate Media Technology came up with a solution. If the entire production studio was on a computer screen, why not turn the actual computer screen into a world class control surface? And the Raven series of Multi-Touch consoles was born. Soon the Raven would be the preferred control surfaces of major studios, engineers, producers, artists, and educational institutions like Mark Needham, Terry Lewis, Will.i.am, Jimmy Douglass, Snoop Dogg, Steve Aoki, Full Sail University, and SAE.
We are proud to offer the newest addition to the Raven series, the Mti2. The Mti2 has all of the powerful features of its predecessors, but at a cost that is the same as most regular high end 27” computer monitors!
The Raven Mti2 is a state of the art 27” Multi-Touch Production Console featuring a state of the art multi-touch panel and the powerful new Raven 3.0 Control Software.  Using the Raven Mti2, users have access to multi-touch faders, pans, sends, and tweak plugins with their fingers as if they were real hardware.  The Raven 3.0 Control Software also features a user-customizable multi-function Toolbar and the award winning Bacth command system, a powerful automated task application that will save audio engineers hours per day by cutting out tedious technical tasks.