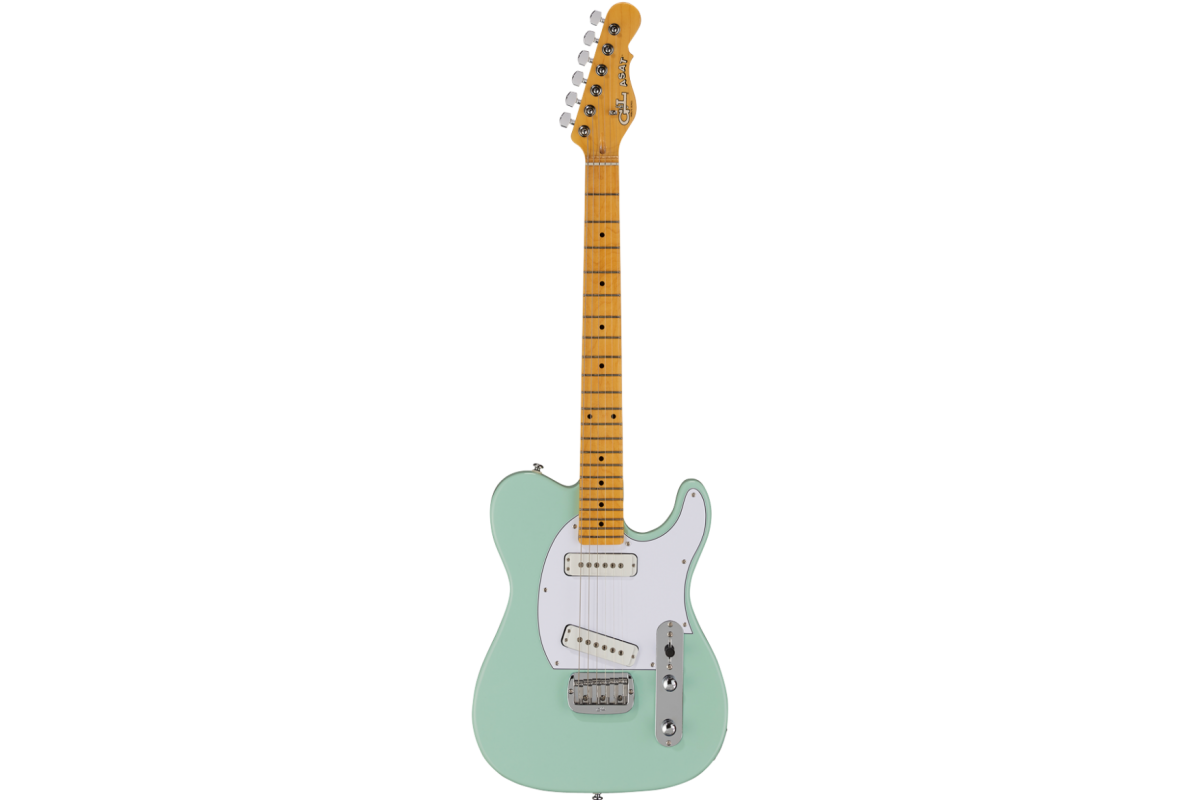 The G&L ASAT® Special just might be the quintessential G&L guitar, viewed by many as Leo’s ultimate

single-cutaway. Back in 1985, Leo Fender† launched this model under the G&L Broadcaster name, which prompted a response from Fred Gretsch of Gretsch Guitars over the name just as it had thirty-five years earlier. History buffs will recall that the Broadkaster® name is owned by Gretsch, and once again, a Broadcaster from Leo was required to have its name changed. This time around, the name became “ASAT” which is US military shorthand for an “Anti-Satellite” missile.

The ASAT Special, as the model became known, features jumbo single-coil Magnetic Field Design™ pickups, each with a narrow bobbin aperture for a coil which is shallow yet wide. In this regard, an MFD™ jumbo single coil is similar to a P-90 or Jazzmaster® pickup, yet the MFD principle provides a punchier bottom end and brighter top end sparkling with harmonics. Leo further departed with the past with the addition of his innovative Saddle-Lock™ bridge which transfers string energy right into the body end-grain for an incredibly resonant instrument. The result is one of the most versatile guitars ever, serving up ballsy twang to searing blues to smooth jazz tones. What’s more, this ASAT Special is offered in either a Basswood body, or a Mahogany body for that righteous ‘80s G&L blend of jumbo MFD power mellowed by the high porosity of Mahogany. Two great ASAT flavors, yours for the picking.

The Tribute® Series ASAT Special brings the magic of Leo’s own reinterpretation of the single-cutaway bolt-on guitar, all at a price attainable for every working musician. Once you play a G&L Tribute Series, you’ll never look back.