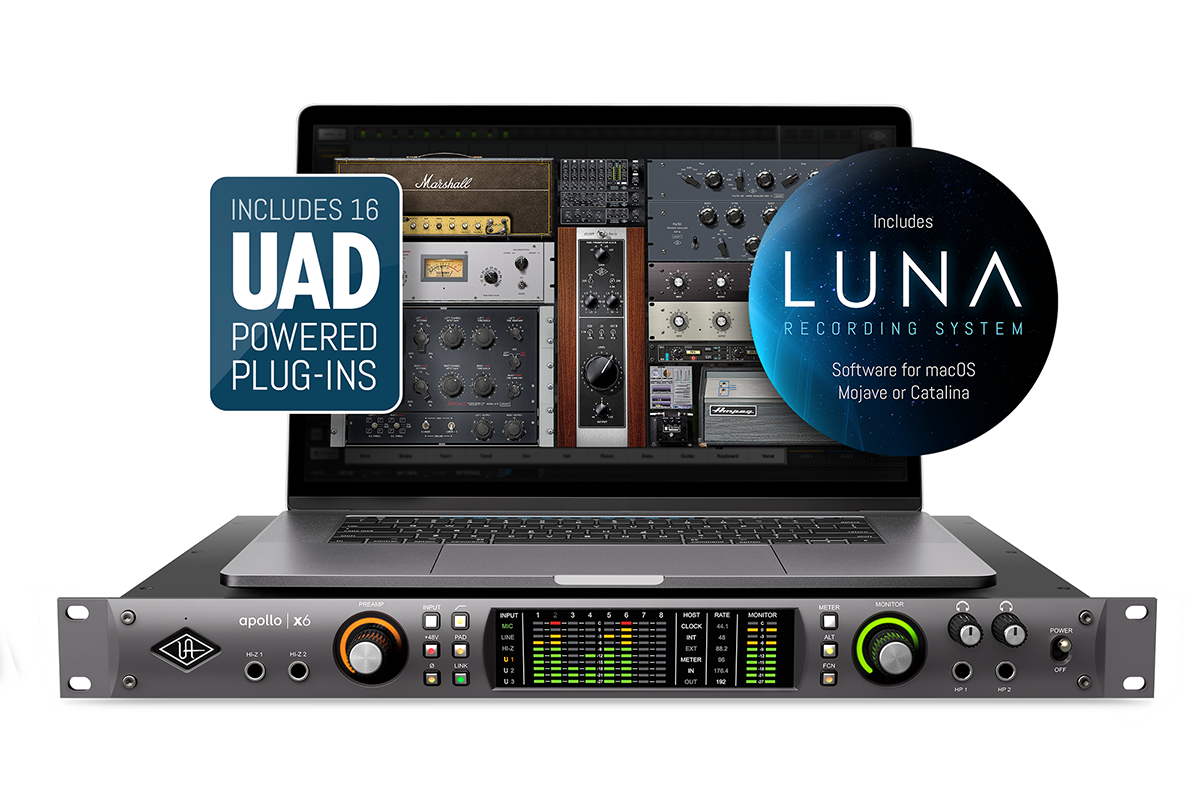 While supplies last, get a FREE award-winning Sphere L22 Modeling Microphone, Worth Rs 117,040, with any Apollo rackmount audio interface. Create with the world’s most acclaimed audio interfaces for Mac and Windows and record with the Sphere L22, featuring 34 legendary microphone models giving you the sound used by everyone from The Beatles and Frank Sinatra to Beyoncé and Radiohead.

A Special Edition of Universal Audio's Acclaimed Apollo x6 Interface, with a Bundled UAD Plug-In Package Worth over $2,400.

These premium Heritage Edition titles are in addition to Apollo x6's included "Realtime Analog Classics Plus" bundle, giving you the most accurate library of classic analog emulations included with any professional audio interface.