Dive into four-deck DJing, with full control over your mix

DO MORE WITH FOUR

Layer tracks. Go back-to-back. Hook up a mic and an MC. Keep a wildcard up your sleeve and drop it when the dancefloor needs it: TRAKTOR KONTROL S3 has everything you need to DJ across four decks. Step up your sets, and play with total freedom.

FOUR DECK DJING - If you’ve been DJing on two channels so far, doubling down on decks means way more freedom in your mix – like layering beats, firing off samples, or keeping a banger track parked on Deck C. Whether you’re throwing in acapella or love a double drop, four decks make it happen.

LAYER BEATS - From blending drum parts to polyrhythmic excursions, layering drums is a sure-fire way to energize your sets, build soundscapes, and take the audience on a real trip.

THE WILDCARD TRACK - Know a track that will set the roof on fire? Keep it loaded on your fourth deck, tease a short loop, then drop it when the time’s right to set things off, or when you need some serious fire to bring a crowd back to the dancefloor.

ONE-SHOTS AND LOOPS - Blend percussion, acapellas, and soundscapes on the first three channels, with extra space for triggering samples and additional loops on the fourth – great for complex layering, or just for launching that one-shot with your DJ name.

ACAPELLAS - From hard chops to soulful vocal mixes ripped from a record store find, throw an acapella into the melting pot at peak-time for singalong re-edits the world will only hear once.

FOUR DECKS, AT YOUR FINGERTIPS

At the heart of the TRAKTOR KONTROL S3 is the four-channel mixer, with full-length faders, EQ, cueing, and Mixer FX control over each deck. Juggle Hotcues, samples, and loops with eight RGB pads on each deck. When it’s time to take things further, switch decks and keep on-track with the jog wheel light rings.

When it’s time to get your mix on, there’s plenty of jog wheel to go around. Touch-sensitive and super smooth, they’re not just for nudging and stalling but feel great for scratch workouts too. RGB light rings let you know which deck is playing at a glance and warn you when you’re almost out of track.

Fire off samples, loop drum patterns, chop in vocal cuts, or even work your own productions into the mix if that’s your thing. Loop any part of a track and assign it to a pad, or skip to any part of your track using Hotcues. TRAKTOR PRO’s beat-sync means you’ll never lose the groove.

Cut the kick and open a reverb, or chop things up with a dotted delay – Mixer FX is one-touch effects on each channel, great for building energy, shaping your sound, or just going wild. Choose from eight effects and three filters, and assign them to the dedicated slots on the mixer for quick access.

Set up and spin with punchy, pro-grade XLR and RCA main outputs with a huge dynamic range, as well as a ¼” TRS booth output, and 3.5 / 6.3 mm headphone outputs. For hooking up a vocalist or MC, there’s a dedicated combo XLR input on board, as well as an additional RCA input for mixing with external audio. 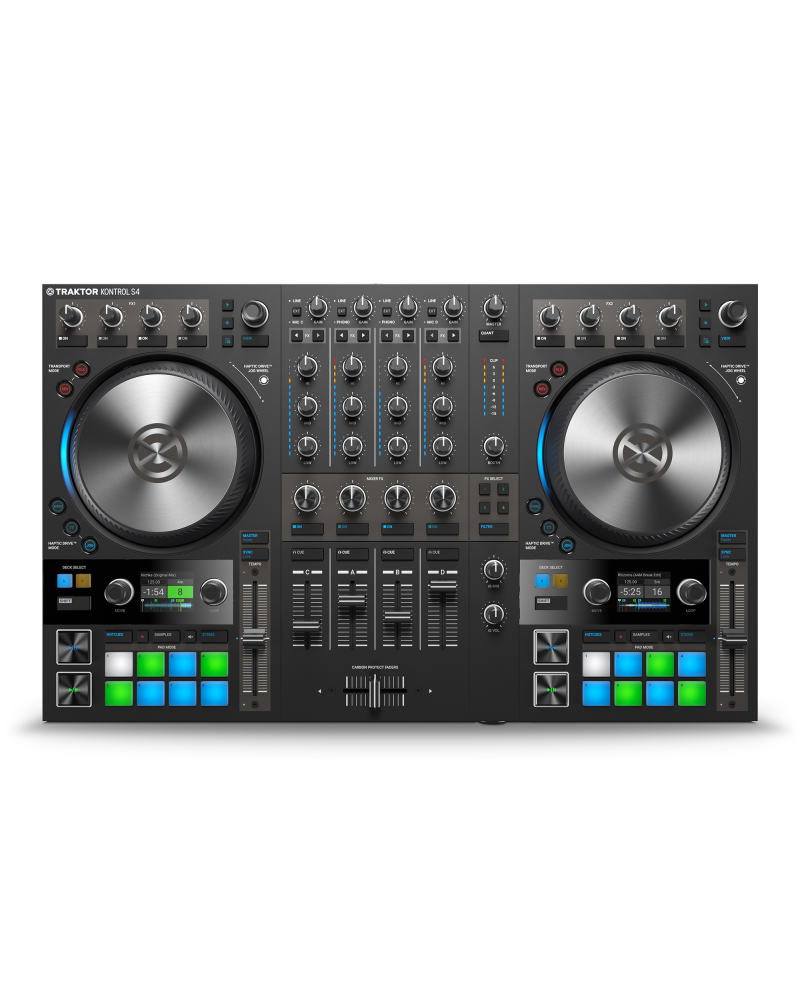 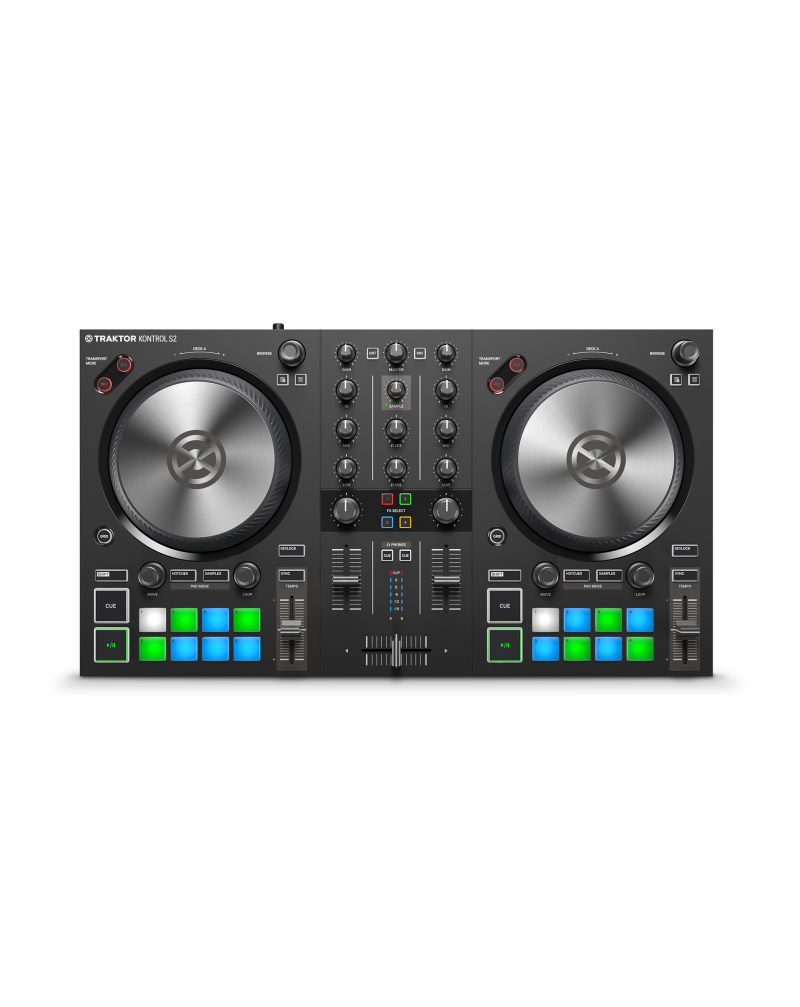