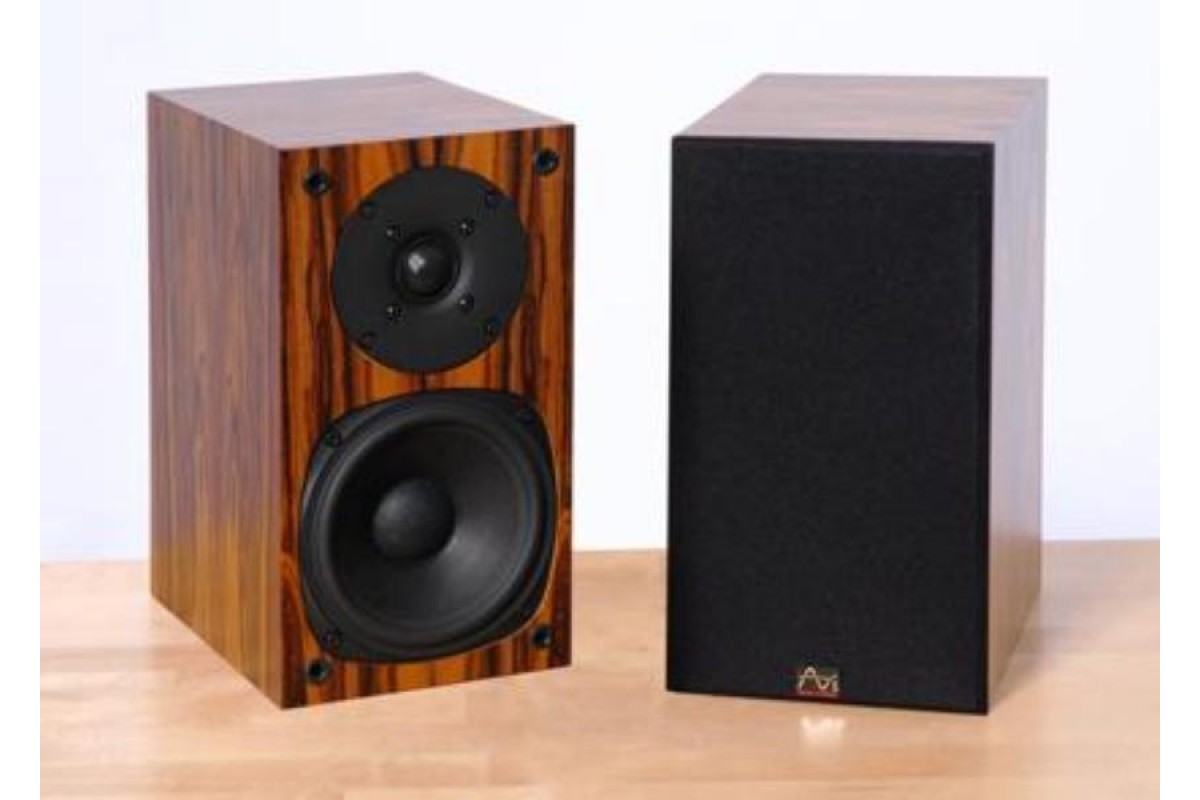 Description Specifications Specifications Reviews (0)
Active 5" monitors with imaging and clarity rivaling quality headphones
The DM5s are about the size of a loaf of bread standing on end, but the sound they produce is quite unbelievable. Stereo image is far better than most will ever have heard and clarity is comparable with better quality headphones.
Sophisticated cabinet design & state of the art drivers
Careful ventilation of the chassis and magnet structure of the bass drivers ensure absence of obtrusive resonances that can profoundly affect the quality of sound. The bass drivers are much better than even the N5 driver which was cutting edge at the time.
New Intelligent Monitoring System
Built-in AVI Intelligent Monitoring System examines the music and momentarily reduces gain to combat peaks that might cause clipping. The system also switches off the speakers if they aren't used for thirty minutes and on again when they are. Thus the owner never needs to turn them off since on standby they each consume less than ½ Watt.
Inspired by our history
Our most successful speakers ever were the Neutrons, however it is also true that ADM9s have now sold nearly as many pairs and at far greater value in less time, but for nine years nearly most of the magazines gave the Neutrons a succession of awards and many thousands of pairs sold.
"