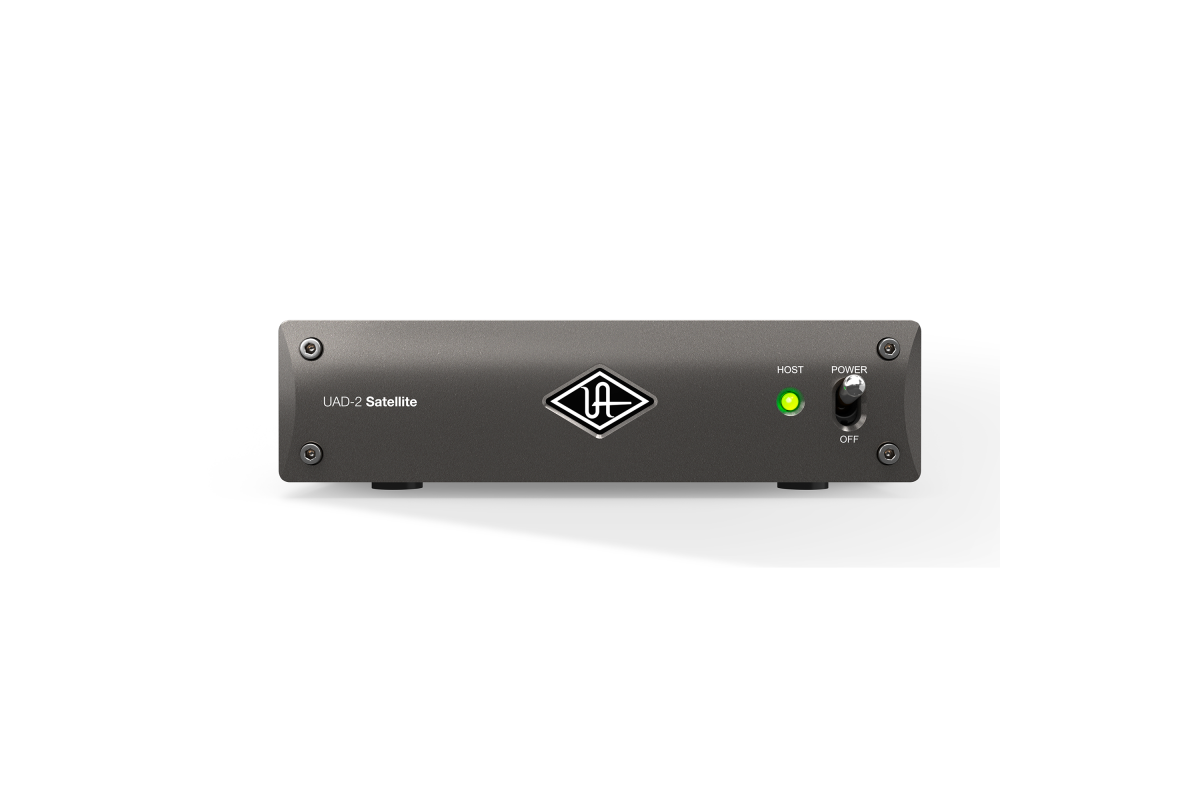 Get the rich analog sound of UAD plug-ins over Thunderbolt.

The UAD-2 Satellite Thunderbolt is a powerhouse DSP accelerator that gives Mac and Windows 10 users complete access to the world’s most detailed and authentic analog emulation plug-ins, available exclusively on the UAD platform.

From serious home recordists to multi-platinum mix engineers, UAD Powered Plug-Ins have been winning over audio professionals for more than 15 years. The reason is simple. No other plug-ins so faithfully capture the sound and behavior of classic analog equipment — from rare compressors and equalizers, to vintage reverb processors and tape machines.

The UAD library features over 100 plug-ins, co-developed with the biggest brands in audio. These plug-ins can be purchased with UAD-2 hardware from retailers as part of bundled packages, or you can buy UAD plug-ins à la carte from UA’s Online Store.