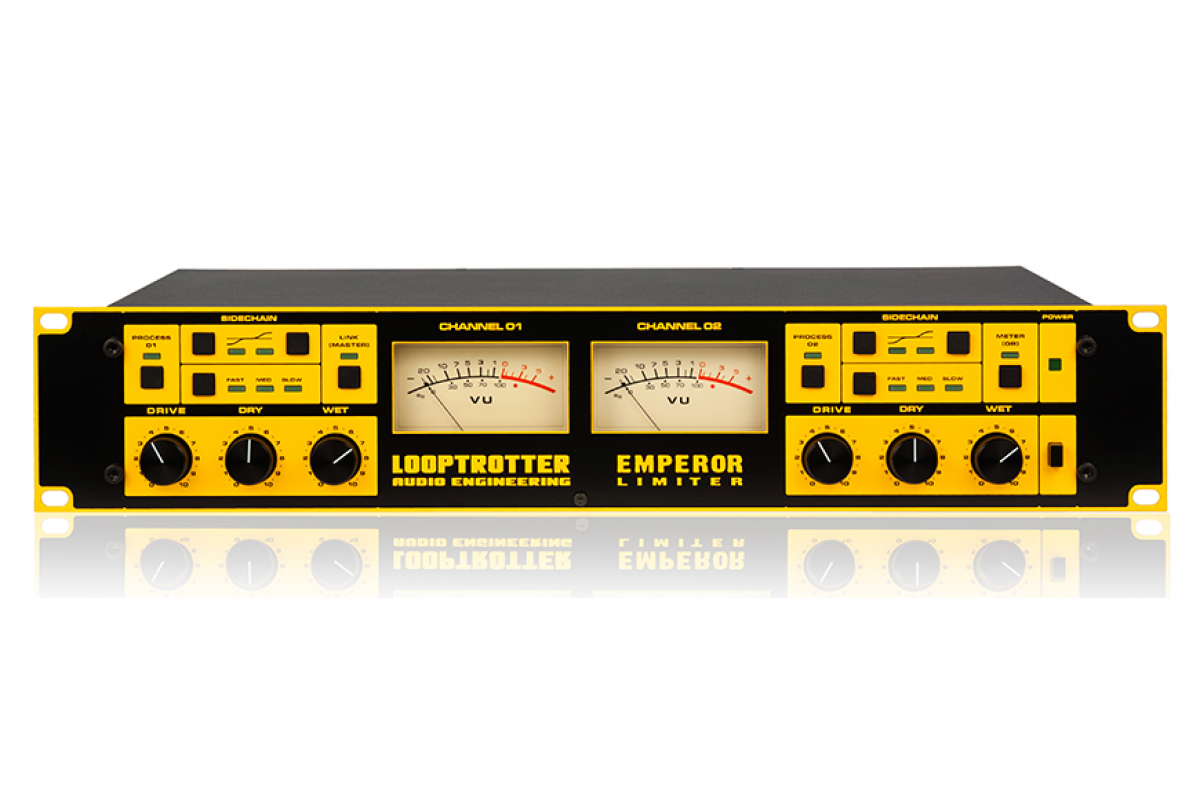 Description videos Reviews (0)
Limiter
Emperor limiter is an analog dynamics processor, which depending on the settings can work as a compressor, limiter or harmonics distortion generator. It was designed for creating the original, vivid, analog sound for instruments, subgroups and the whole mix.
Emperor limiter is fitted with an intuitive, easy to operate control panel.
Emperor limiter is a creative device giving the sound a powerful, analog character. It’s not transparent. Emperor  uniquely enhances the perceived loudness, warms up and brightens the audio signal, depending on the DRIVE settings.
The very core of the Emperor limiter is a FET transistor responsible for sound reduction and introduction of a small amount of low order harmonics, and it’s design is inspired by the limiters and transistor compressors from the 60-ties. Apart from that Emperor includes many original solutions stemmed from a long-term experience of Looptrotter in construction of dynamics processors, which guarantees unique sound.
Emperor limiter is equipped with two, independently working filters embedded in the control circuit. This gives the possibility to create the timbre without unwelcome phase shifting: in case of cutting the low frequencies in the control signal, the EMPEROR acts more transparent and natural with the signals rich in low frequencies like kick drum, or bass guitar. This can decrease the distortion of low frequencies and the pumping effect; while boosting the high frequencies in the control signal the Emperor  acts like an analog de-esser, or very fast compressor for bright and dynamic instruments.
Emperor limiter offers three factory presets of attack/release:
Emperor limiter has also an independent control over DRY and WET signal. This allows to decide whether the audio tracks need only slight colorization, preserving the original dynamics, or if running the signal through Emperor in 100% is required.
The signal path of the Emperor limiter is 100% analog, but all the signal switches and potentiometers are digital. The LINK option allows the control of both channels through left channel only. The 1% potentiometers used guarantee precise concurrency of both channels.
Emperor limiter is an analog device, accurate and reliable.