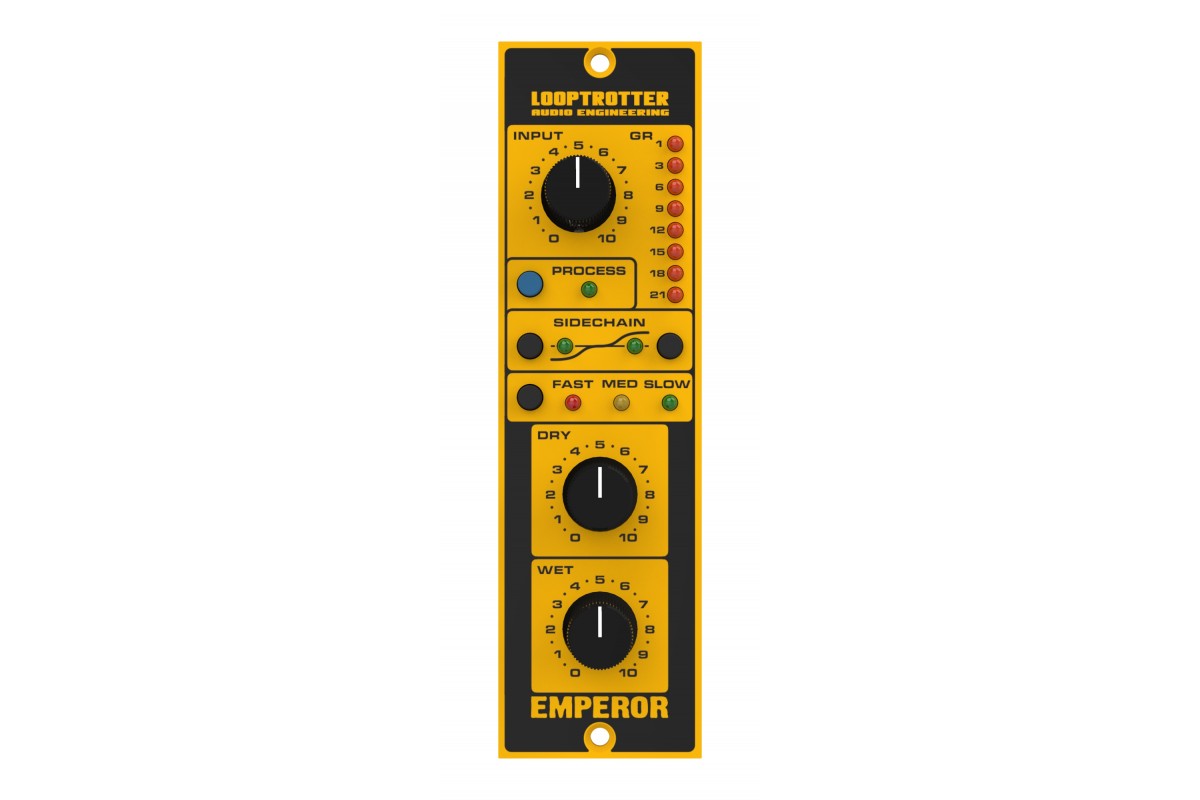 LOOPTROTTER EMPEROR 500 is an analog dynamics processor, which depending on the settings, can work as a compressor, limiter or harmonics distortion generator. It’s design was inspired by limiters and transistor compressors from the 1960-ties. It uniquely enhances perceived loudness, warms up and brightens the audio signal in a very ear pleasant way.

The very core of the module is a FET transistor responsible for amplification, gain reduction and introduction of small amount of low order harmonics. The INPUT section is equipped with “PROCESS” button for true bypass and 8 LEDs which show the amount of gain reduction.

Two, independently working filters embedded in the control circuit create the timbre without unwelcome phase shifting. When filtering the low  frequencies is engaged, the module acts more transparent and natural.

This setting decreases distortion of low frequencies and adds the  “pumping” effect.

Independent DRY and WET signal control allows to achieve perfect blend between processed and dry signal in chain. The module may sound very subtle, adding slight colorization and preserving transients or aggressive when 100% of compression is engaged.