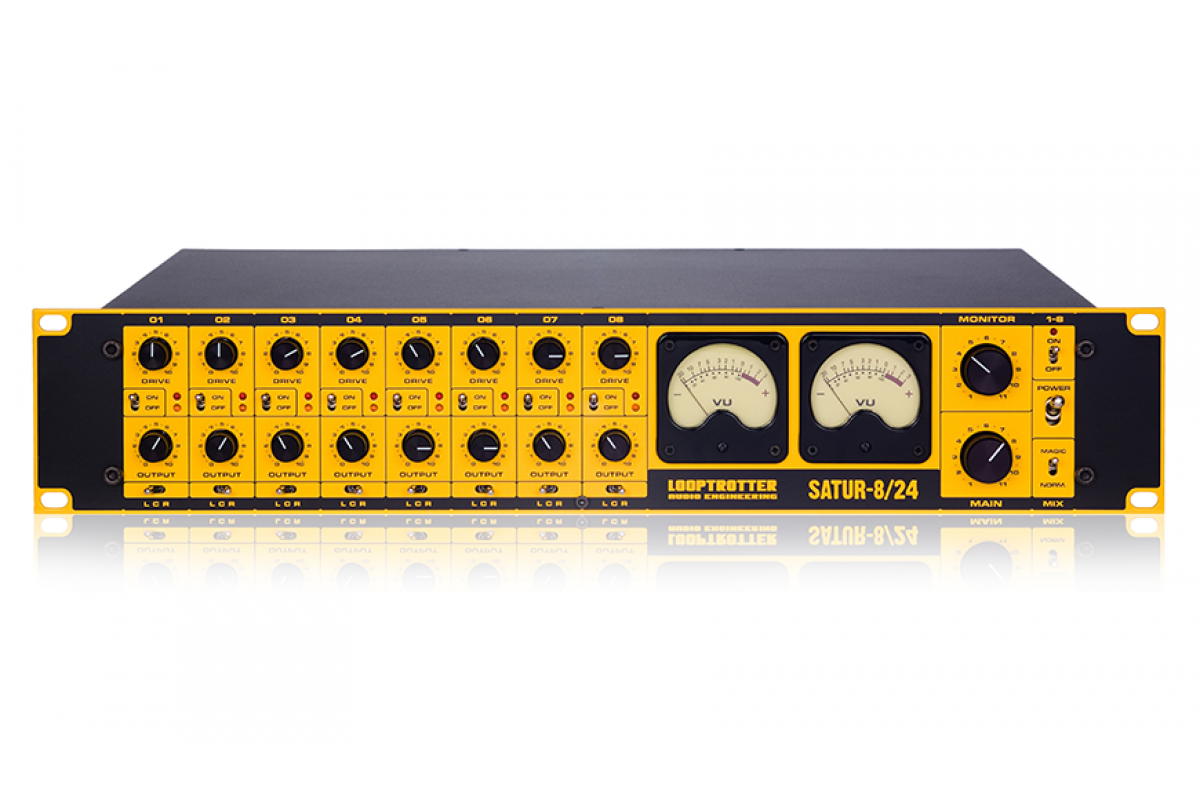 Description Videos Reviews (0)
24-channel Summing mixer with 8 channel saturation modules
SATUR-8/24 is a 24 channel summing mixer containing 8 channels with analog, solid state saturation. The design refers to the sound of old tube mixing consoles and tape recorders.
The summing module is an original combination of an active summing, run by operational amplifiers and passive voltage summing, based on transformers. The mixed signal is amplified by a transistor preamplifier operating in pure class A, built using discrete elements, inspired by the early designs of transistor preamps from the 60’s.
Additionally, the summing circuit is fitted with a “Magic” module, which magically nears, widens and thickens the whole mix, giving it a vivid, analog sound.
SATUR-8/24 is both versatile and creative tool for processing of tracks, subgroups and the entire mix.