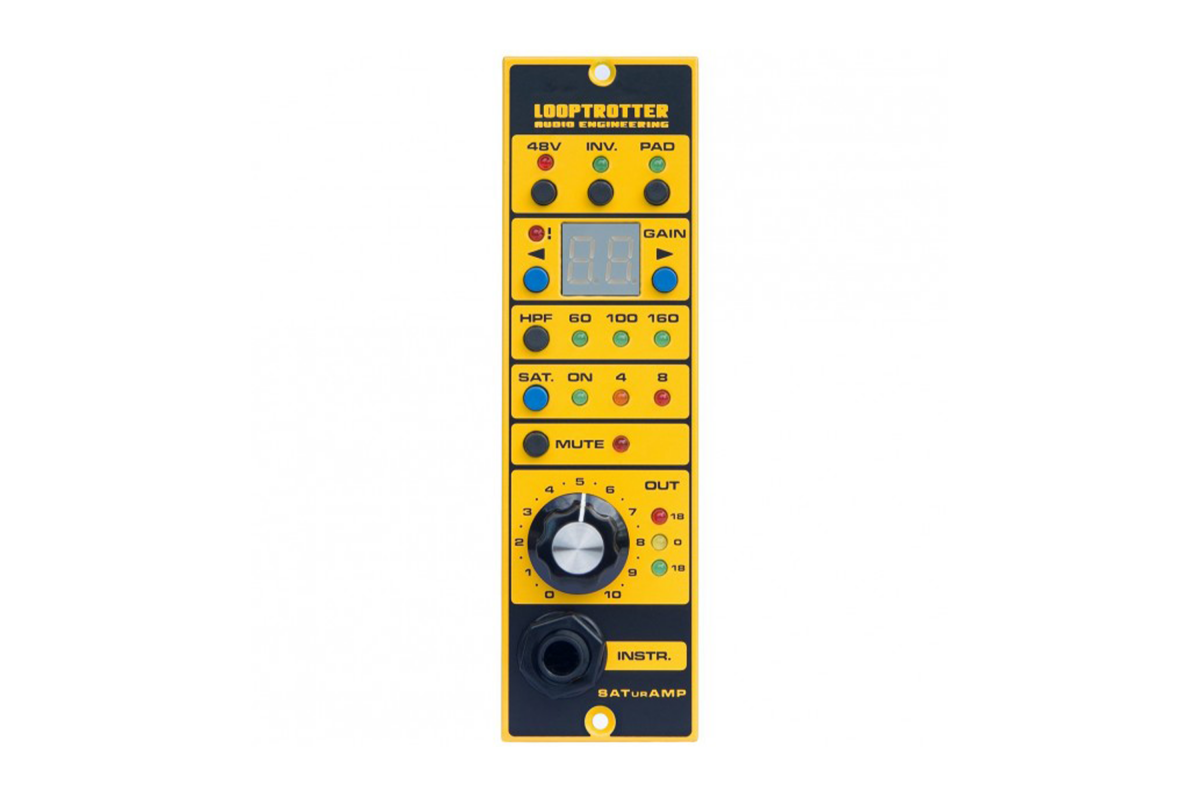 LOOPTROTTER SATurAMP is one of a kind microphone / instrument preamplifier, equipped with Looptrotter’s world famous solid state saturation circuit wrapped in 500 series format. Thanks to this unique combination SATurAMP is not only a creative and unique, but also universal tool capable of producing powerful sounds, with great detail preservation.

SATurAMP’s Mic/Line input is equipped with SOWTER transformer, based on the AP2620, found in legendary API preamps. The module has 48V switchable Phantom Power, Phase invert and -20dB Pad function which changes the input mode from Mic to Line. The operating amplifier, build entirely of discrete class A elements, refers to early operating amps from the 60s. However gain adjustment by 1dB is digitally controlled via micro buttons. The amplification value, expressed in dB, is shown on digital display.

SATurAMP has three different high-pass filters with a slope of 12dB per octave:

Instrumental (Hi-Z) input is based on discrete transistors, operating in class A. The appliance of FET transistor enriches the signal with small amount of even, harmonic frequencies, positively affects the sound of instruments plugged directly into the module. This refers not only to guitars and bass but also to synthesizers, adding warm, analog touch.