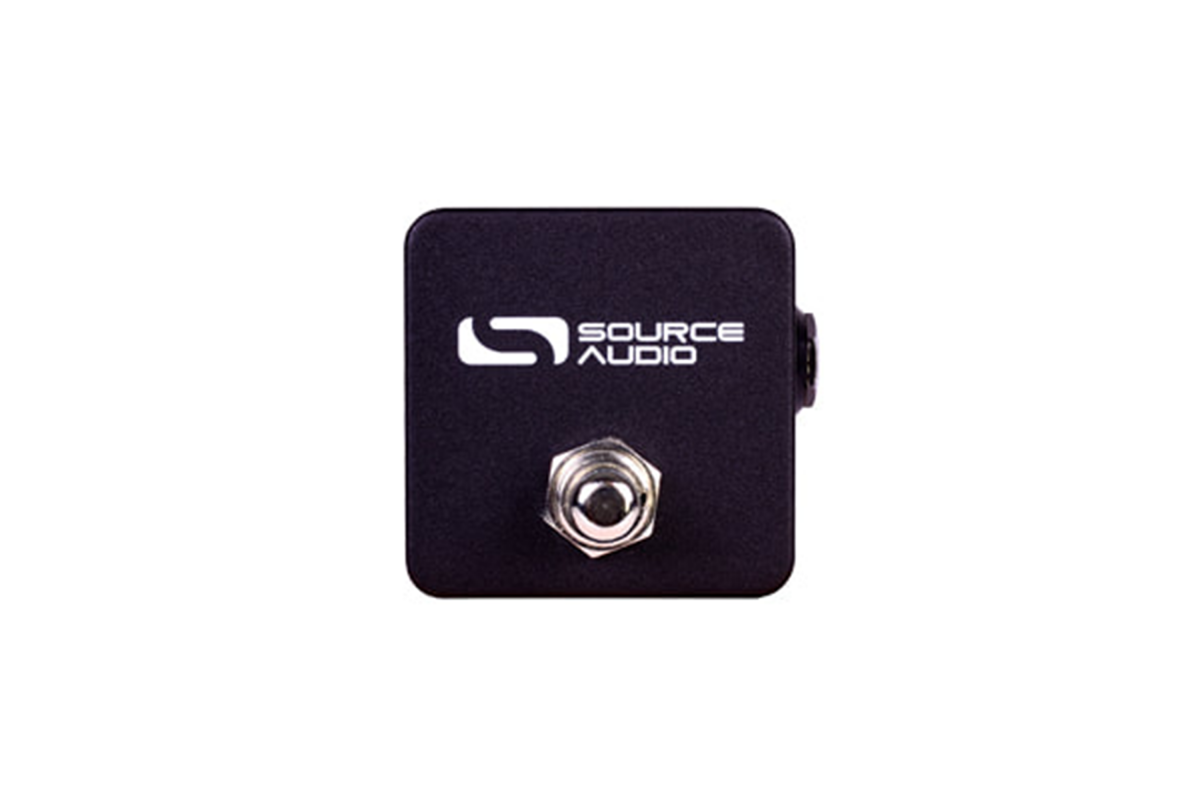 The Source Audio Tap Tempo Switch is a simple footswitch that adds significant functionality to every One Series pedal in the Source Audio collection. It offers on-the-fly tap tempo control over modulation rates for the Vertigo Tremolo, Lunar Phaser, Gemini Chorus, and Mercury Flanger as well as delay times for the Nemesis Delay. The Tap Tempo also makes it possible to externally scroll through presets on the Nemesis Delay, toggle between distortion engines on the L.A. Lady Overdrive, Kingmaker Fuzz, and AfterShock Bass Distortion, or render virtual knob changes to every One Series pedal. In addition, the Switch has a standard 1/4” output for use with compatible third-party products (normally open [NO], single pull/single throw (SPST)).

Nemesis Delay — The Nemesis features an onboard tap tempo switch, but it is also possible to connect the Source Audio Tap Tempo to the Nemesis and externally tap the pedal’s delay time (with several available beat subdivisions). The external Tap Tempo Switch also scrolls up or down through presets or manages the Nemesis’ Hold (aka “Freeze”) function with either momentary or latching action. When connected to the Nemesis’ Control Input the Tap Tempo Switch functions similar to an expression pedal — program the Switch to alter the virtual positions of any combination of knobs with a single tap.

Lunar Phaser, Vertigo Tremolo, Gemini Chorus, and Mercury Flanger — With the One Series modulation pedals users can tap out the modulation rate and use the SPEED knob to set beat divisions — choose from quarter note, eighth, 16th and triplets. Like the Nemesis Delay it is also possible to perform on-the-fly knob position changes with the Tap Tempo Switch.

​L.A. Lady Overdrive, Kingmaker Fuzz, and AfterShock Bass Distortion — Use the Tap Tempo Switch to toggle between any two types of distortion with the One Series distortion pedals: the L.A. Lady, Kingmaker, and AfterShock. Each pedal features dual distortion blocks that can be loaded up with any of the 40 plus distortion engines available in the Neuro Mobile App. Run the two distortion engines in parallel or cascade them internally. When cascading engines the Tap Tempo can engage or bypass either engine – perfect for switching between rhythm and lead tones. Run the engines in parallel and use the Tap Tempo to add or subtract the second engine to/from the mix. And as with all One Series pedals, the external Tap Tempo makes virtual knob changes with a single tap.